OUR RETURN TRIP TO LA

NOTE: Click On The Highlighted Links To Visit Those Sites

Three years ago in April of 2008, my wife Donna and I visited the Los Angeles County Fire Museum

on what I thought would be a "once in a lifetime" opportunity to see a piece of TV history, Squad 51 from

the Television Show "Emergency!" We had a great tour there and had a chance to photograph the Squad

thanks to LA County Captain Joe Woyjeck, the VP of the Fire Museum. And, while there, I learned that the classic

to LA County and the Fire Museum. Unfortunately, I assumed that I would likely never actually

see that rig in person because a return trip would be unlikely.

Fortunately though, I assumed wrong!

In early March of this year, I heard about an event being planned by the LA County Fire Museum to be

called "51 In Quarters." Their efforts to restore the Ward would be complete, and it along with Squad 51 would

be reunited for the first time at Station 127 in Carson, CA, the Station that was portrayed as the

mythical Station 51 in the Show. The event was to not only feature the apparatus, but stars from

autographs. It took about 30 seconds for us to decide that a Return Trip would be in the works!

Well, as you can see, that trip did happen, and the Event was a huge success. Everyone involved from Museum

those who worked that day (July 9th) are to be commended. So too are Randy & Mike who

spent 6+ hours straight signing autographs and greeting fans both young and old. And the fans

did indeed turn out with 1,000-plus coming from all across the US and Canada and Europe too!

made the trip could "talk shop" and reminisce about the Show and it's effect on the Fire and EMS Services.

It was also great to meet up with Fire Buffs and Photographers from all across the country,

most especially Don Beckwith. And a shout-out to Bourne FD's own Bob Hodge who also made

the long plane ride out to the West Coast for the big day.

There are others to be commended as well. The Los Angeles County Fire Department did a

across the street. A huge appreciation is extended to the firefighters and officers of Station 127

their station. And the LA County Fire Explorers did a great job in assisting those who were in need.

All in all, it was certainly worth the trip, and yes, Engine 51 looks absolutely outstanding!

I have added some photos below of the day (and night) events, and please check out my

Apparatus Outside New England Page for photos taken during our 3-day stay in Southern California.

way and welcoming us to their "home." I am most grateful!!

THANK YOU ALL VERY MUCH!

But, the biggest thank you of all goes out to my wife Donna who not only made the 3,000-mile

trip from Coast to Coast (and enjoyed it!), but she also stood in the autograph/merchandise

line for over 2 1/2 hours to be sure we got what we sought! You are truly the best!! 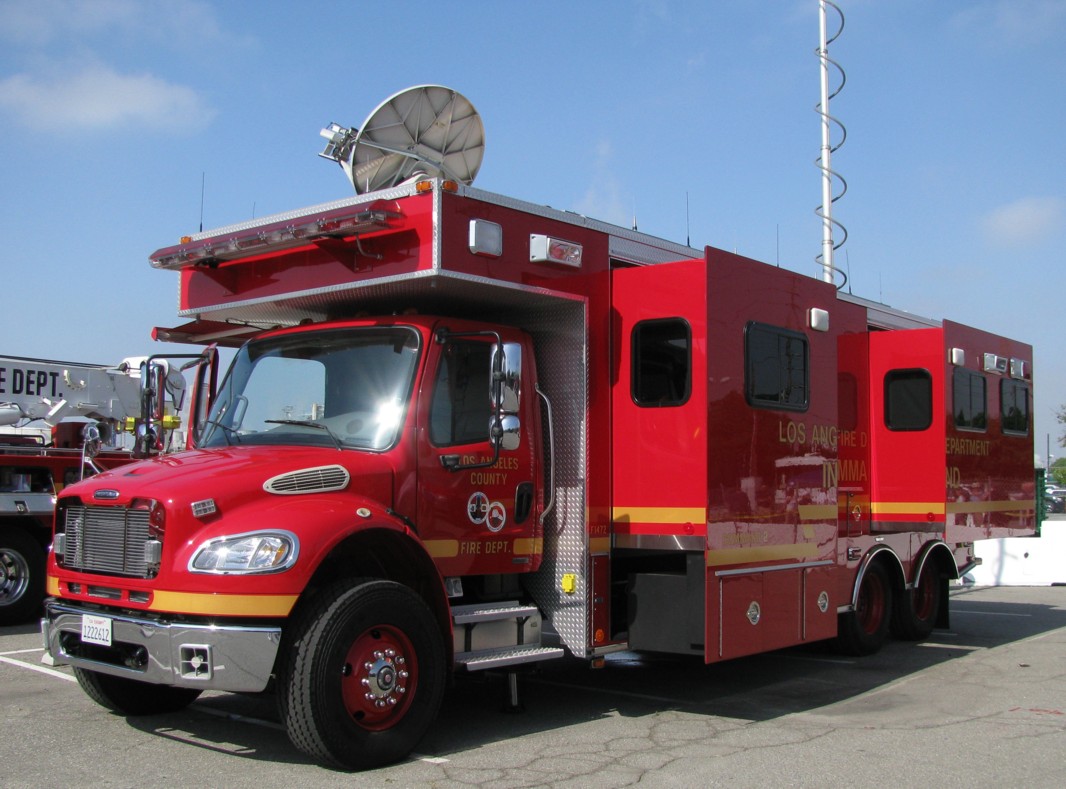 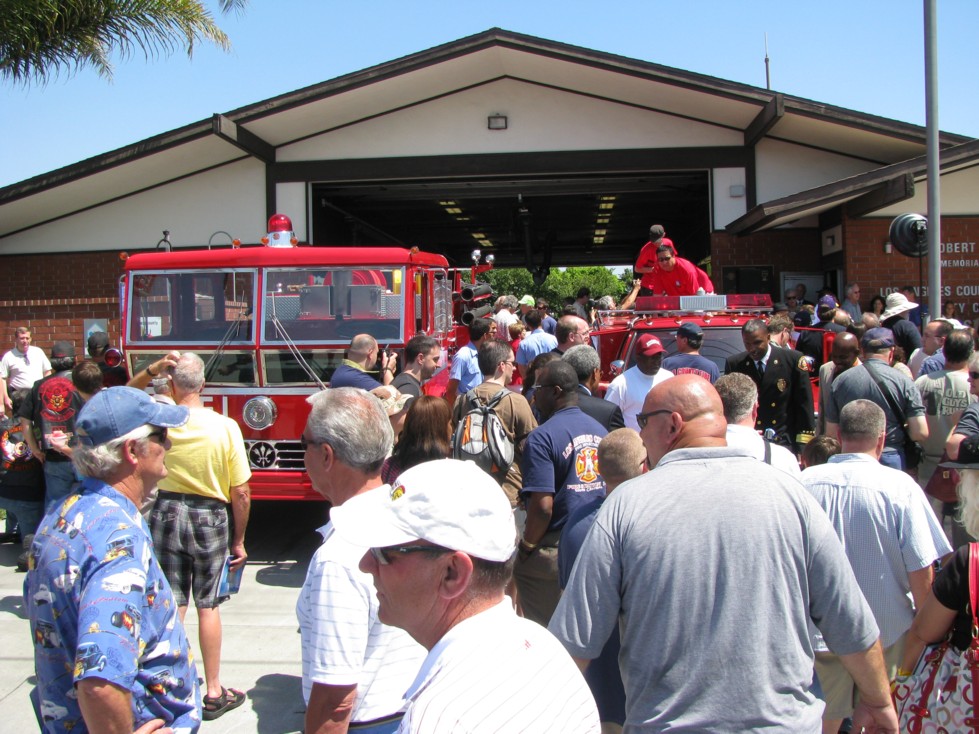 Very quickly, the Station was descended upon by 1,000+ Fans! 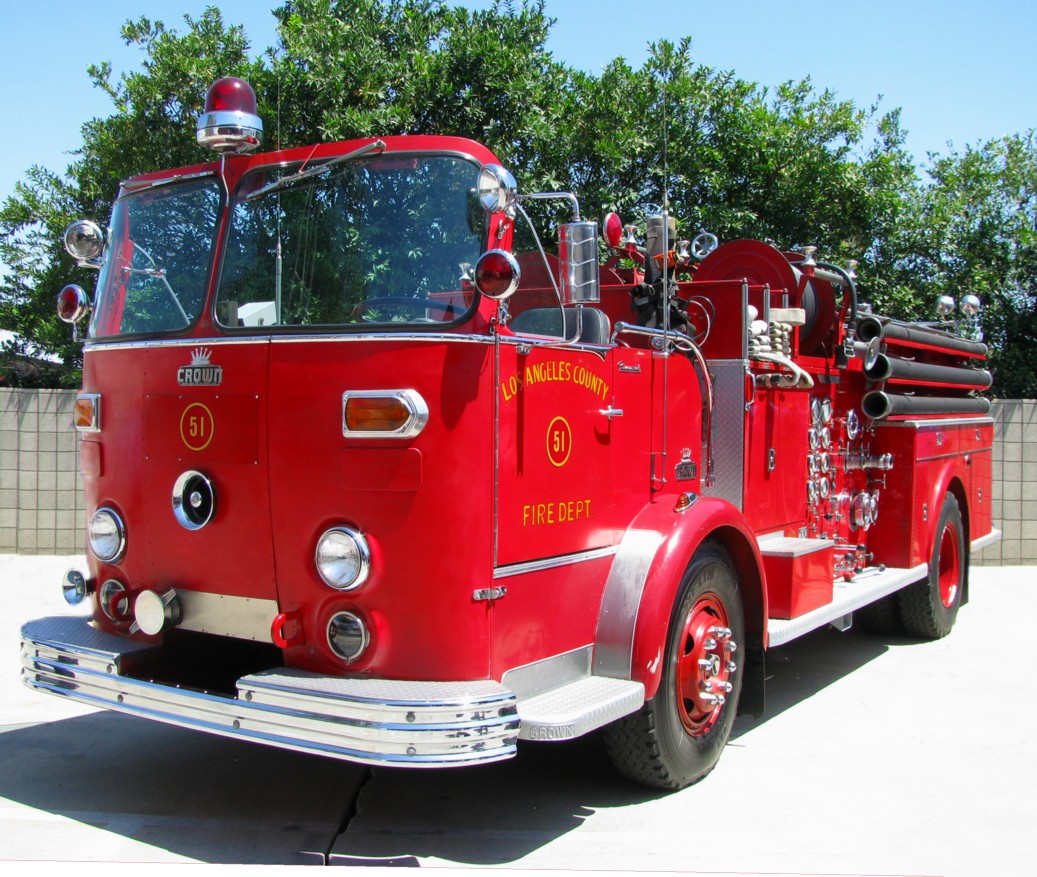 This Was Actually LA County Engine 60 Stationed At Universal Studios 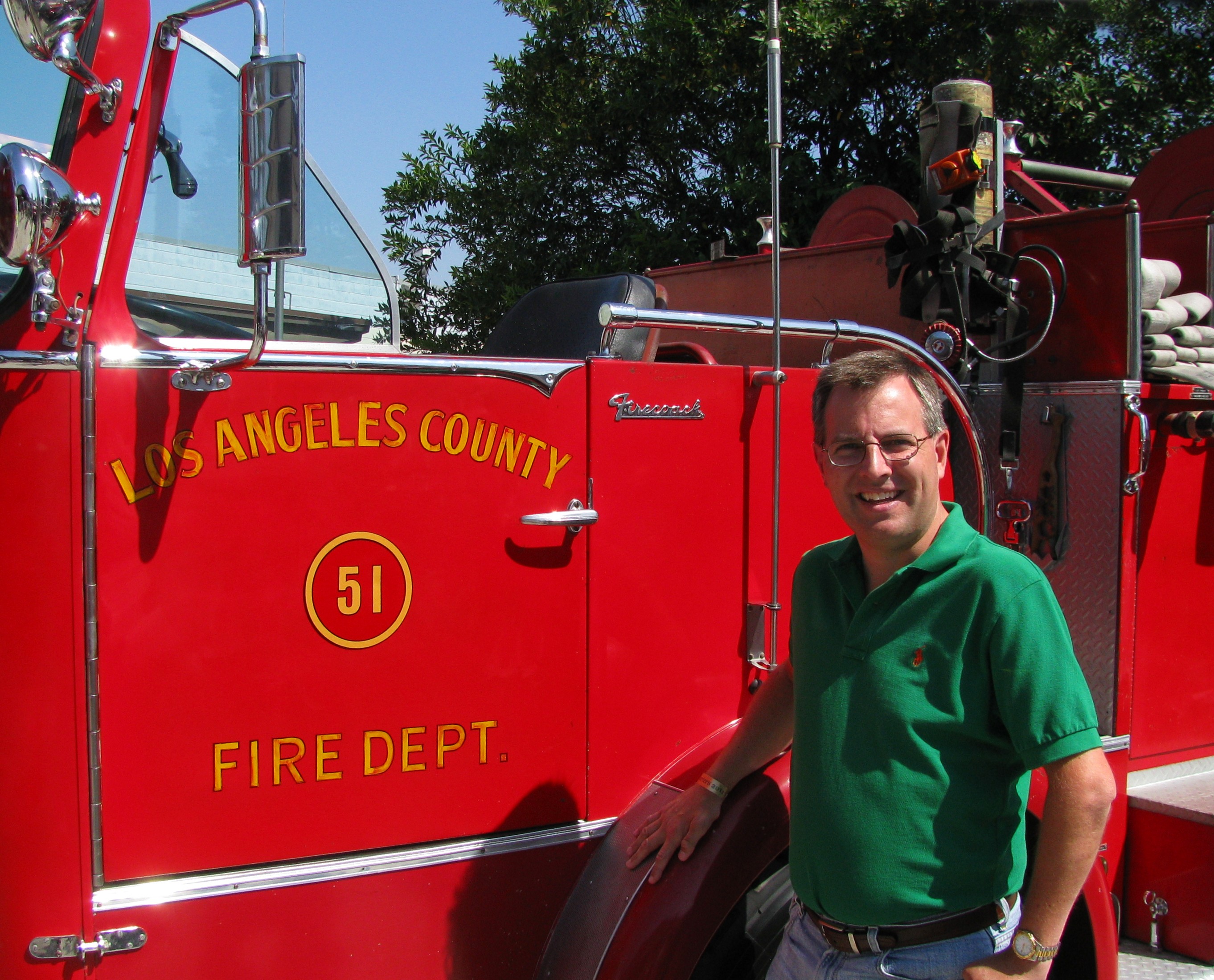 Yours Truly & The Crown 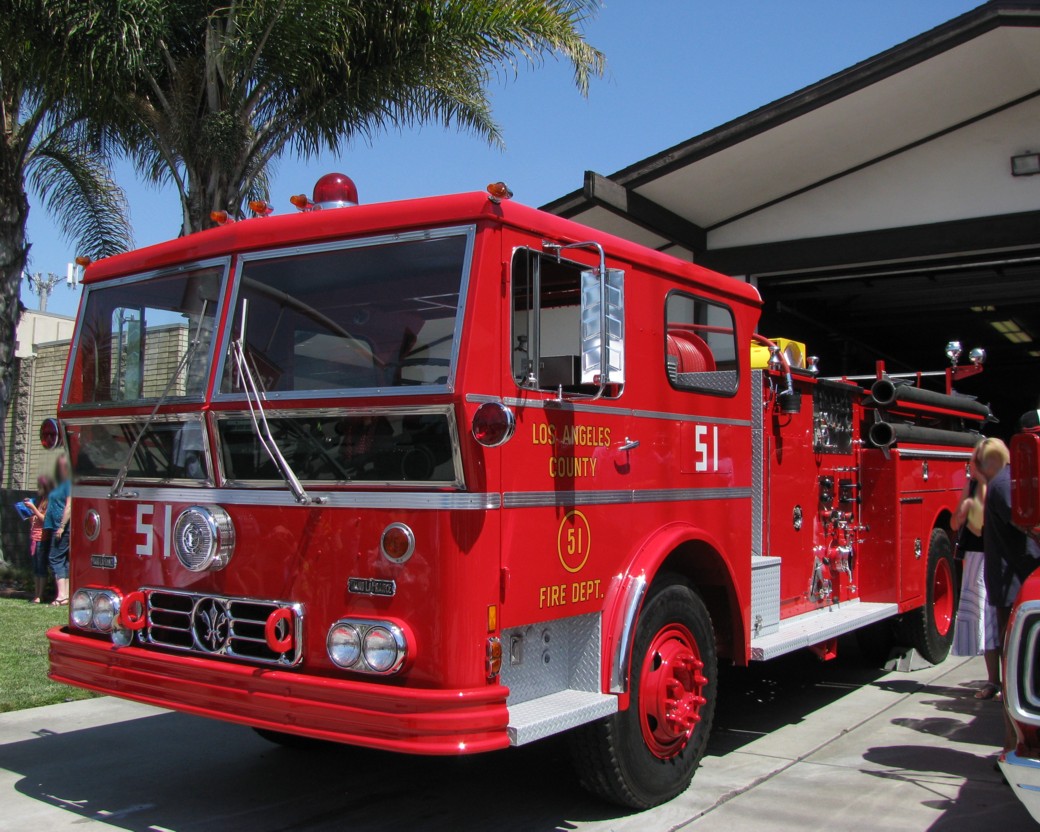 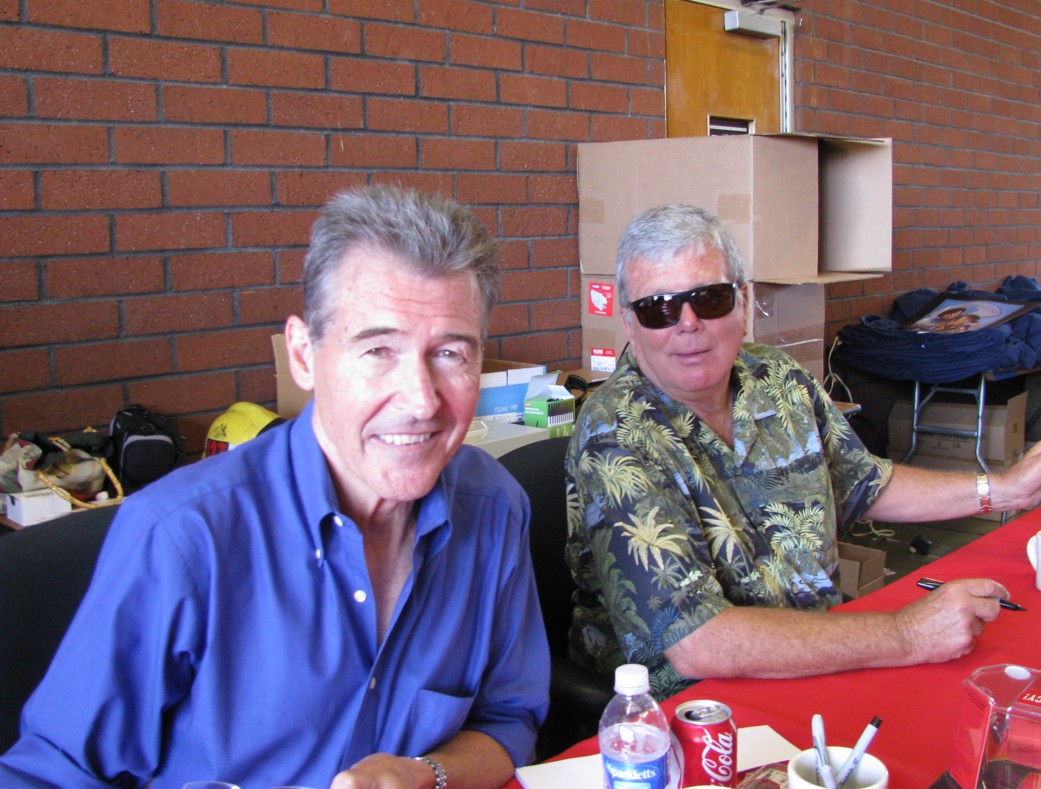 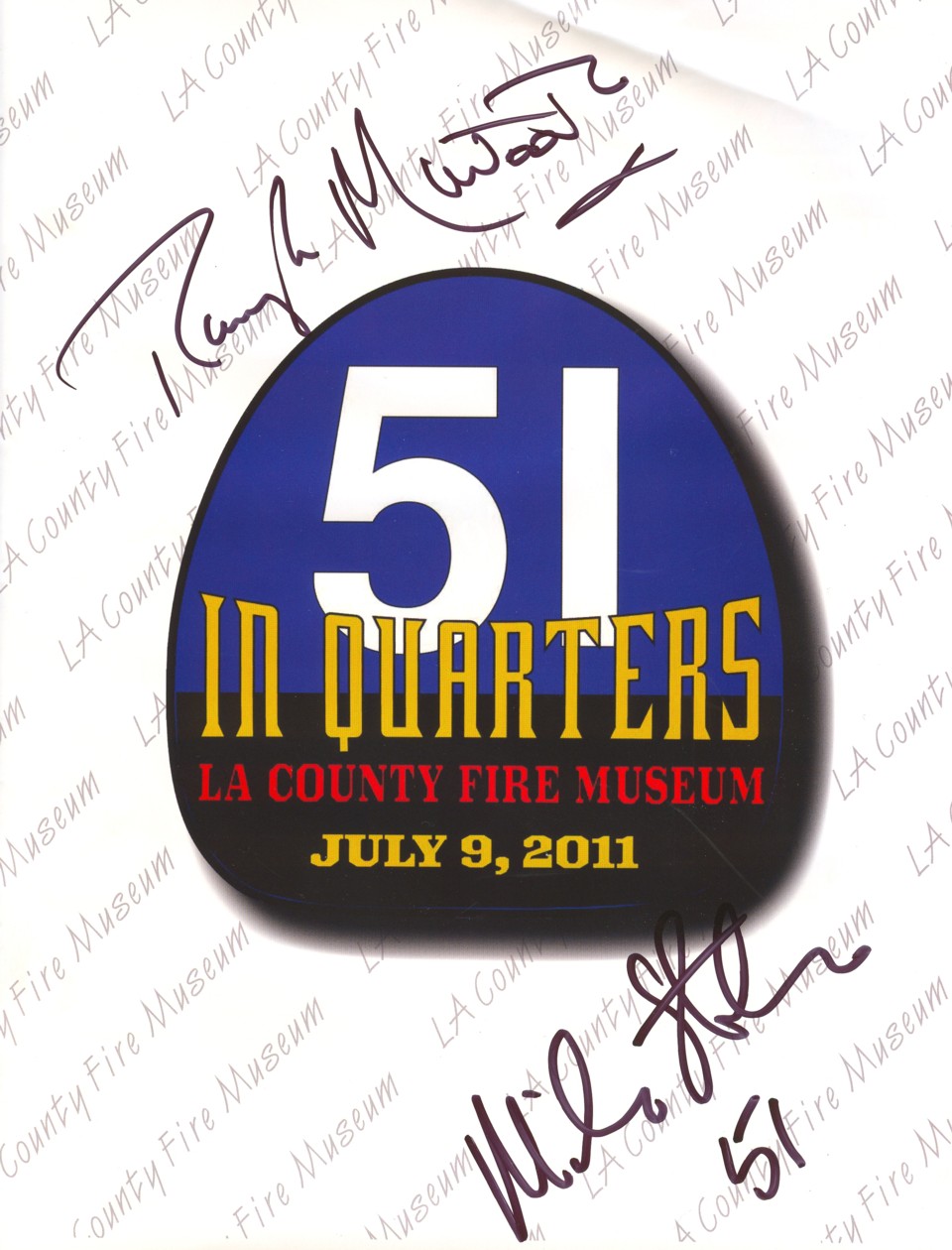 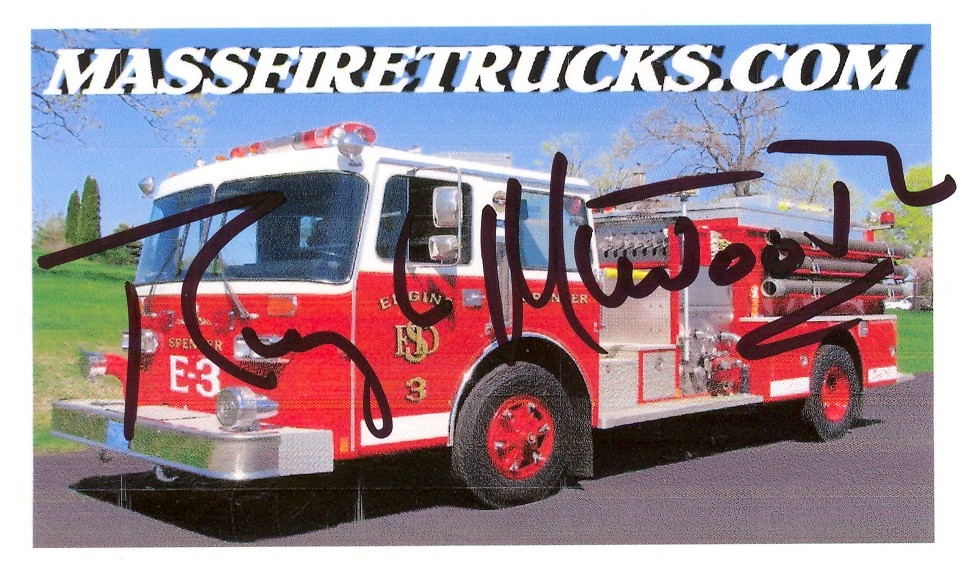 Randy Mantooth's Signature On Spencer E-3 (yes he got a card to keep!)

Mike Stoker's Autograph On Norfolk L-1 (Yes...he got one too!)

A Needed Rest On A Very Famous Rear Step! 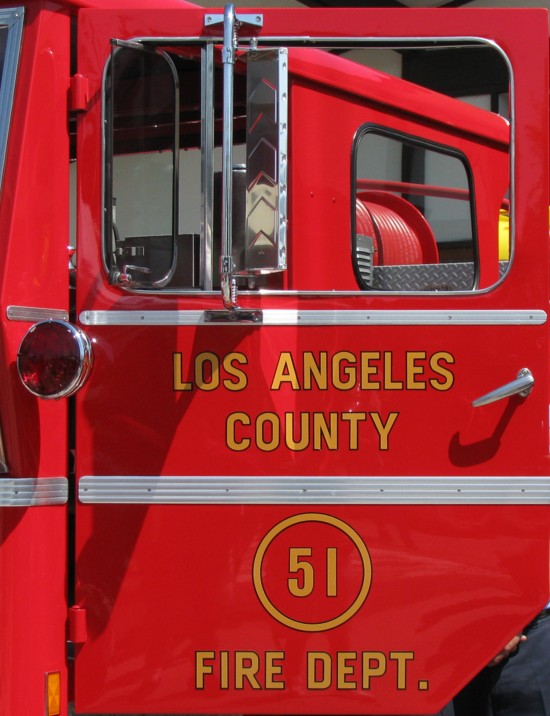 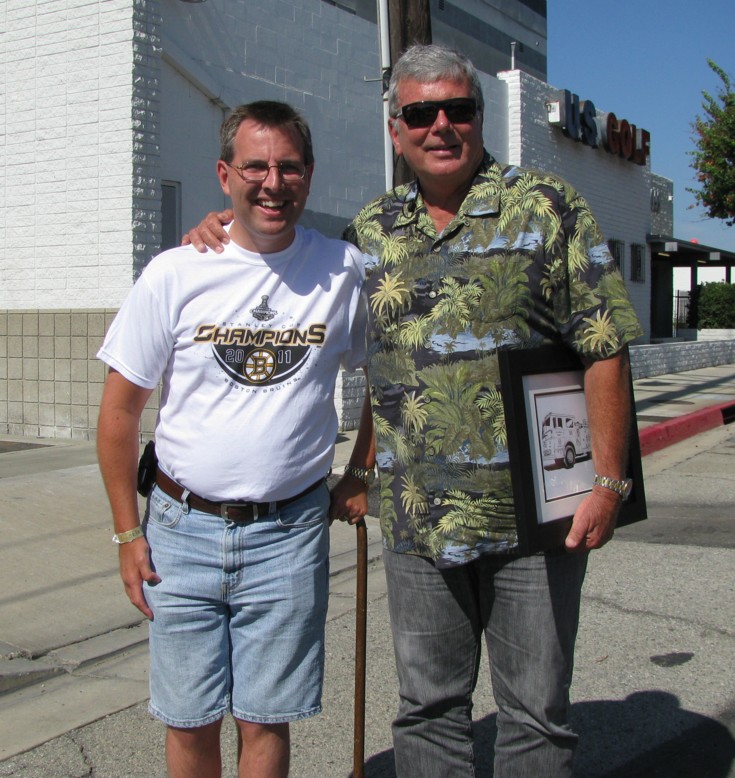 After A Quick Stop Back To The Hotel, A Return To The Event Was In Order....

As Was A Photo Opp. With America's Most Famous Fire Engineer! 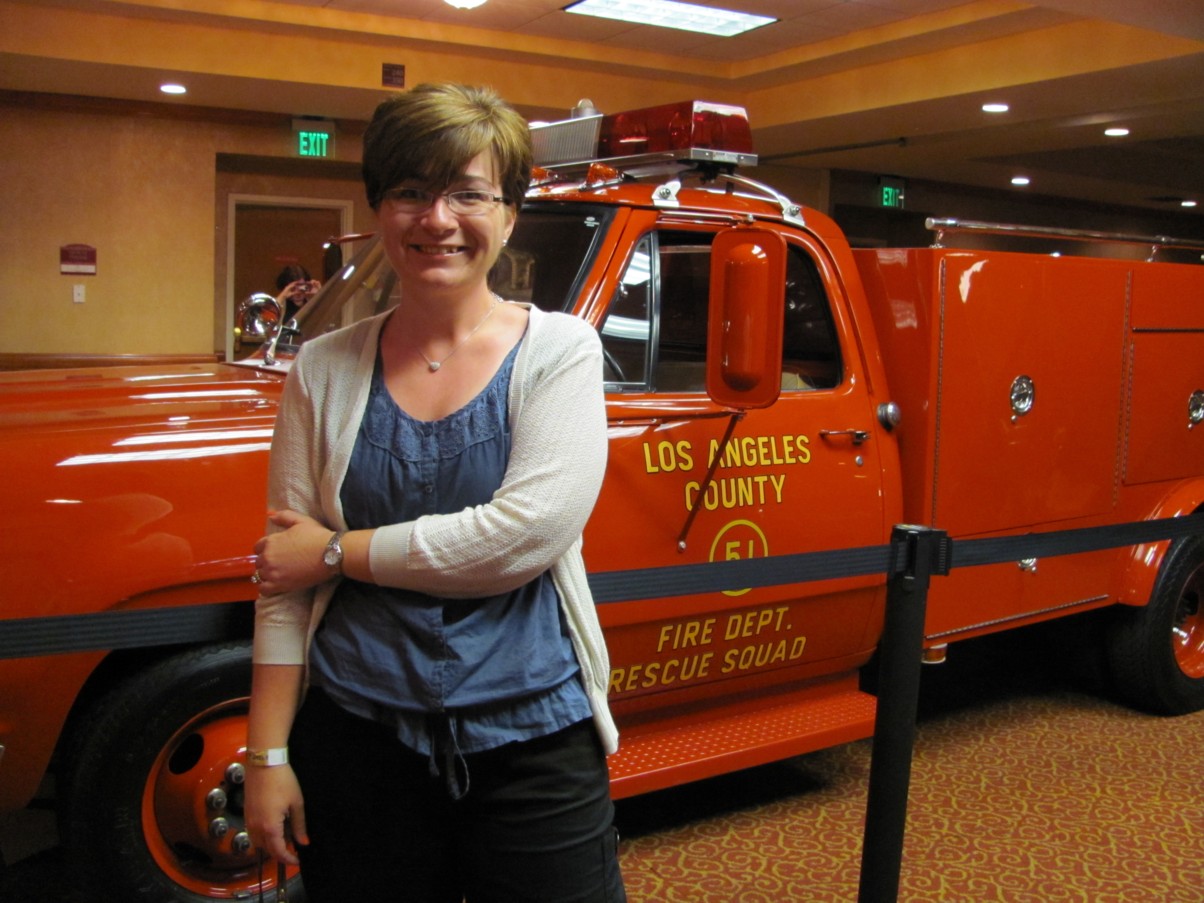 And To Wrap Up The Night, A Photo With Donna & Squad 51 Inside At The Hotel! 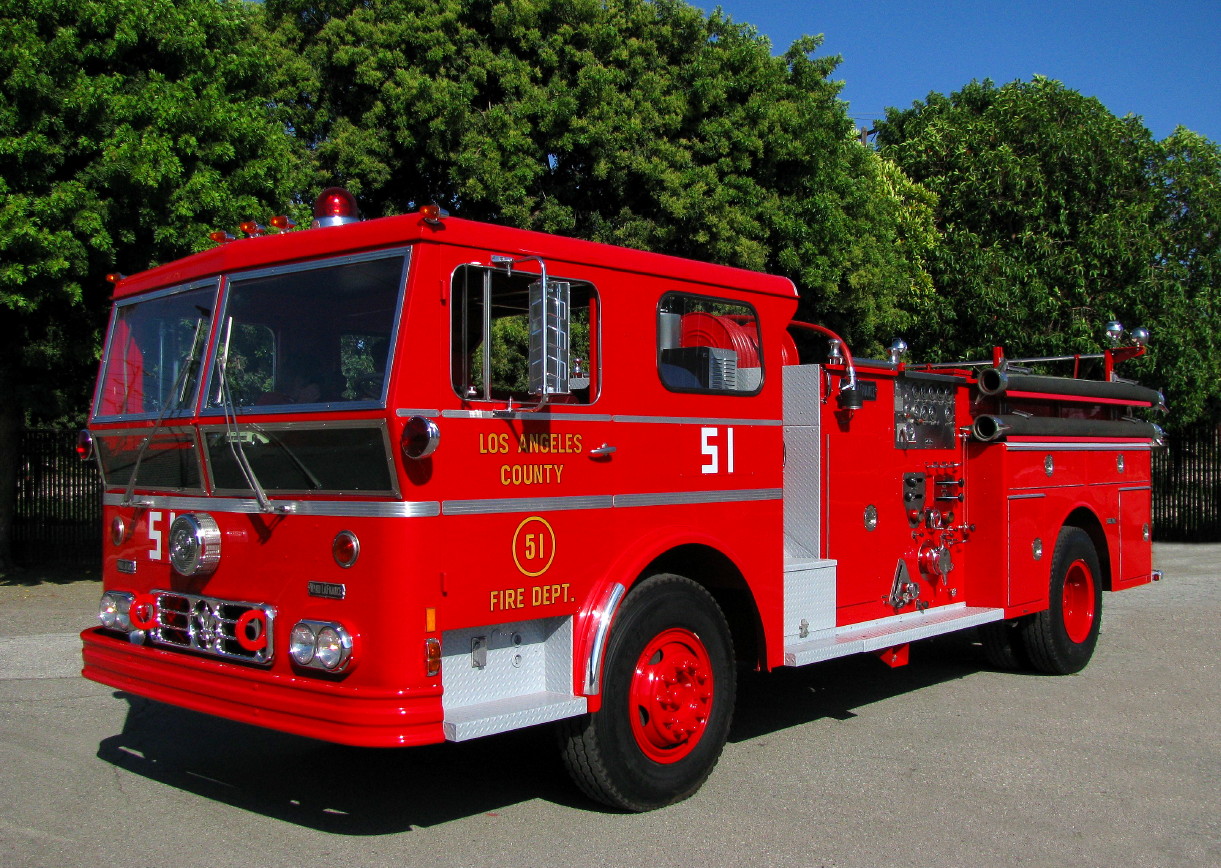 And The Photo That Made The Entire Trip A Huge Success!